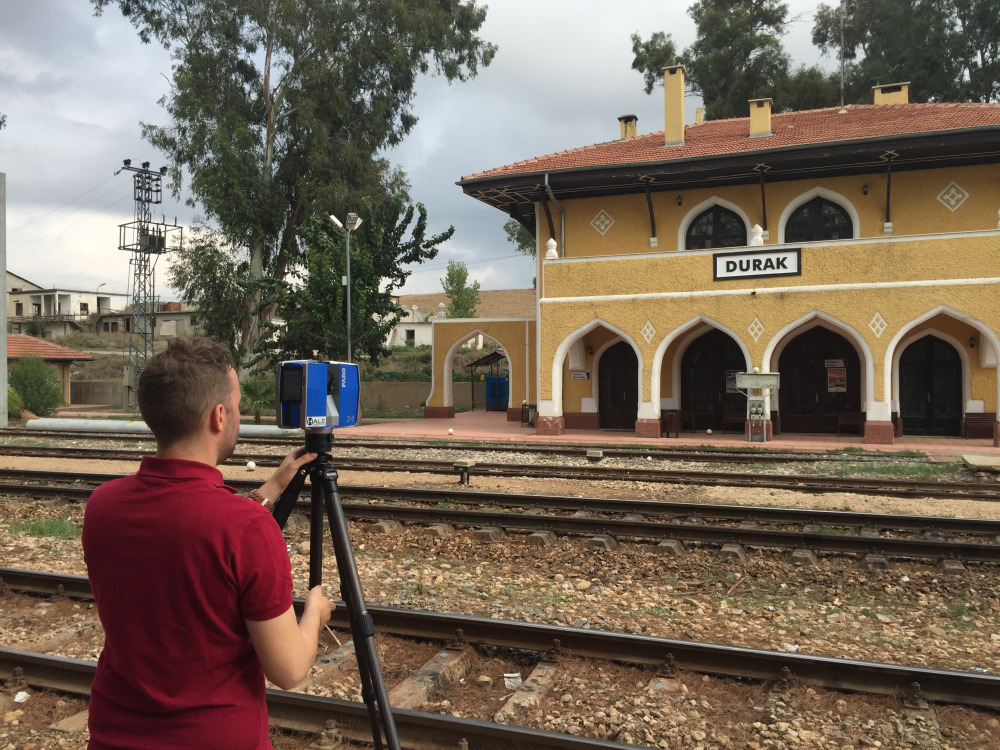 Architectural Biometrics is a platform that addresses the lack of tools for comparative analysis of spatial data. The platform is inspired by research on the Canadian and Ottoman railways, both of which include an array of prefabricated building designs that display fascinating dissimilarities. Analogous to facial recognition software, the platform algorithmically analyzes 3D scans. It allows users to compare similar objects and to develop a better understanding of human agency in the analyses. Architectural Biometrics providing humanities researchers with an original way to look at the production of cultural artifacts produced in series. It also reasserts the authorial roles of those left out of the textual record. The project combines the computational capacity for empirical inquiry with the humanistic concerns of authorship and process in design and considers the irregularities of serially produced objects as significant occurrences that testify to the “biometric” identities of things.