There used to be a beautiful train station in Rochester, New York. 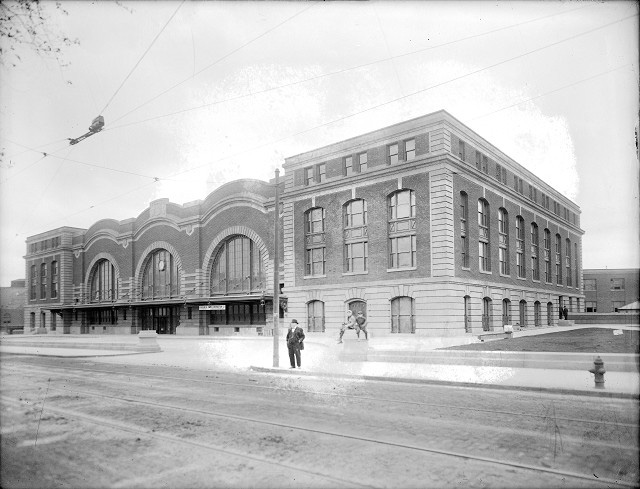 The Rochester train station and Greyhound Bus stop sit at the corner of Central and Joseph Avenues, just north of Rochester’s infamous “inner loop,” a beltway that encircles downtown Rochester. Both the inner loop and the current transportation center are infrastructural eyesores and civic blunders. While the inner loop was intended to alleviate congestion and increase traffic flow in downtown Rochester, the city’s subsequent contraction has rendered the beltway effectively useless. Conversely, as train travel decreased throughout the post-war era, there was little need for grandiose train terminals. Like many other stations built during the early years of the twentieth century, the original Rochester train station was destroyed and replaced by what stands in its place today.