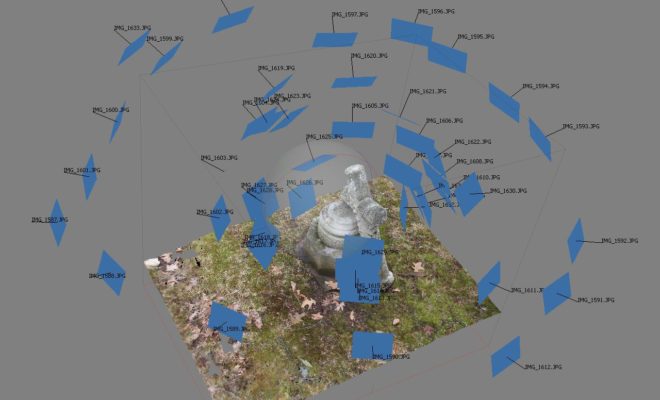 Photogrammetry is a process in which several images of an object, building, or landscape are digitally stitched together to create a three-dimensional representation. By collecting a series of images from different depths and angles historians can recreate historic structures and landscapes as tools for historical interpretation, argumentation, as well as a device for learning. While the capabilities of photogrammetry are wide-ranging, historians most commonly use photogrammetry as a tool for the collection and preservation of cultural heritage. The ability to capture building designs, historic structures, and other objects provides historians with the tools to revisit and interpret historical spaces well after technological advances or natural processes change the shape of objects and landscapes. 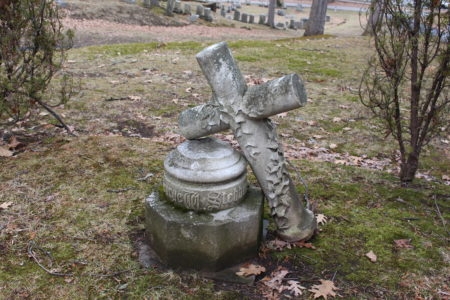 Walking through the historic Mt. Hope Cemetery in Rochester, New York I stumbled upon the grave of George W. Stebbins. After taking a series of pictures from different vantages, I compiled to files into Agisoft PhotoScan. One of many programs programed to reconstruct photographs into three-dimensional objects, Agisoft Photoscan identifies similar features in each photograph and compiles them object according to shared features. By creating a mesh of the compiled images, I then constructed an object that can be twisted, turned, and examined more dynamically than a traditional photograph. The construction of the three-dimensional grave provides a digitally accessible object that otherwise may be inaccessible because of geography and funds. Collecting a series of objects serves as both a means of cultural resource management and a vehicle in which to compile historic evidence in new and compelling ways. For example, the Virtual St. George’s Project housed at the University of Rochester uses historic inventories, architectural drawings, and archaeological findings to reconstruct eighteenth-century St. George’s Bermuda. Students and project participants are building a rich database of historic information while also creating a game-like interface to demonstrate the significance of Bermuda in the eighteenth-century Atlantic World. Using photogrammetry and other three-dimensional rendering technologies historians can save, restore, and share historical information in dynamic and interactive ways. Camden Burd is a PhD candidate in the Department of History at the University of Rochester. He is a 2016-2018 Andrew W. Mellon Fellow in the Digital Humanities.