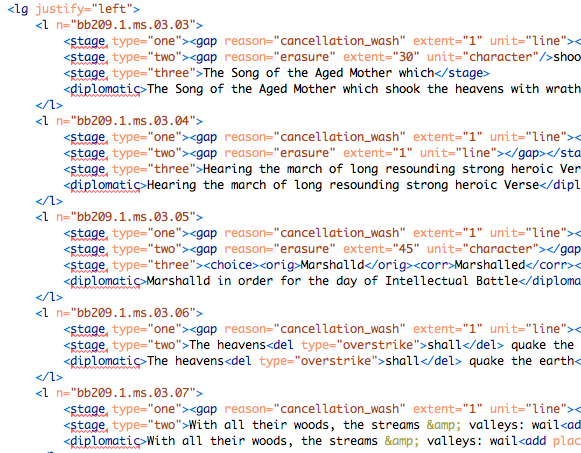 “I’m still looking for that nugget, that thing I can take away from DH and say ‘here’s the contribution; this is how it relates to someone like me.'”

It’s difficult to even label these reactions as misconceptions. The [intellectual, monetary] hype surrounding DH unfortunately tends to connote lofty ideals, revolutionary ontologies, the latest tools, as well as unnerving intimations of “progress” and the future of the humanities. Furthermore, Matthew Kirschenbaum, on several occasions, has reminded readers about the formation of the term “digital humanities” and its specific relationship with “marketing and uptake” (1) and its current use as a “tactical” term to “get things done” in the academy, be it obtain funding or promote a career (2).

In short, there’s a need for both reconciliation and promotion of the term’s more meaningful usages, particular as a label that describes new practices in the humanities for curious and skeptical onlookers alike. If DH is to be inclusive, its practitioners should take care to articulate clearly their goals and methods to colleagues in all humanities disciplines, not only those who are digitally literate. If DH is to be an advocate for the humanities to the public–as Alan Liu thinks they can be (3)–clear articulation becomes more important still.

In a 2013 interview, Johanna Drucker recollected that the “mantra of 1990s Digital Humanities” required “making everything explicit we, as humanists, have long left implicit” (4). Her comments refer to the logic of programming–“coding” as a structure for inquiry–but this sentiment also offers an attractive and powerful model for an inclusive DH, and for its full partnership in the humanities in general.

Quickly, let’s apply that framework to a variety of examples:

Where Have All the Computers Gone?

For the most part, computer technology is de-emphasized in this outward-facing characterization of DH, and yet it’s because of this de-emphasis that I believe this strategy to be the most advantageous for communicating with peers–and the public–outside of our communities of digital scholars. Coding and building are important for practitioners of DH, but the mere use of technology can’t be why DH is important for the humanities. Instead, when we use DH to “make explicit,” we appeal to a common method of all critical inquiry: to identify and articulate underlying ideological operations, whether they exist in cultural structures, like gender, or cultural artifacts, like literature.

DH’s unique contribution, then, comes with the specific manifestation of this “classic” line of inquiry through new technologies that help us ask, ideally, better questions. And, as we can see with even a cursory list of examples, it’s not simply the “products” of DH that make explicit, but the practice as well.

Eric Loy is a PhD student in the Dept. of English at the University of Rochester.