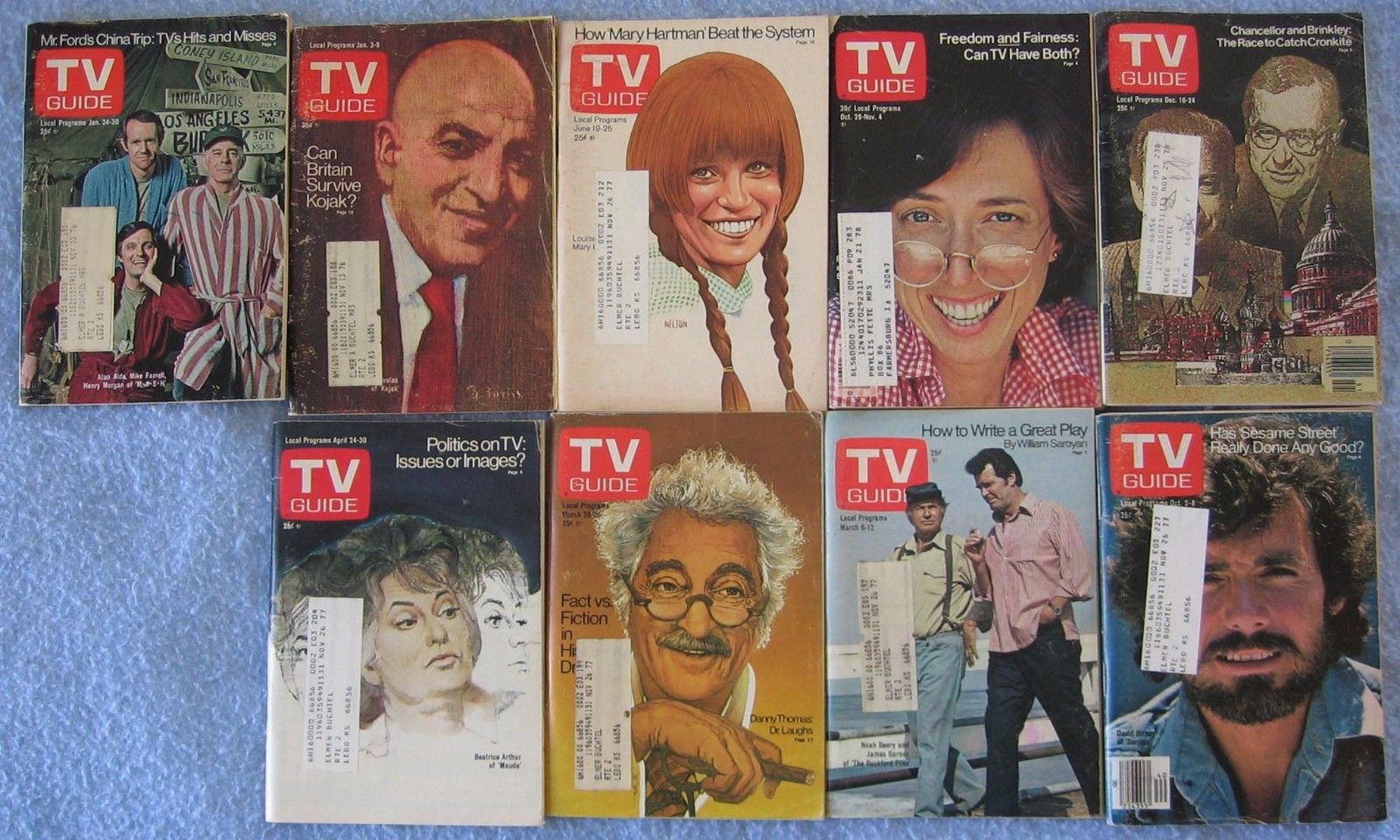 In its first semester, Televisual Time encountered some of problems that face many DH projects, specifically around securing a data set; after all, the time-sensitivity of TV Guide epitomizes the ephemerality of the weekly magazine. Case in point: we procured the first few decades on microfilm, but they were reproduced at such a small scale—up to 4 pages vertically per 35mm reel—that they were difficult for us to read, let alone a computer. The next stop, both oddly and predictably, was eBay, where we procured a selection of issues from each decade at random. Our next step was to scan these issues and submit them to OCR, a task that has proved to have its own complications on account of typeface, symbol usage, and the presence of advertising, to name only some issues.

To the extent that preparing these files for digital analysis remains very much a work in progress, this semester as well as last, our work so far has taken a different page from Williams’ work, which is that of distribution. In his 1973 analysis, Williams worked with a selection of categories: News, Documentaries, Education, Arts and Music, Children’s Programs, Drama, Movies, General Entertainment, Sport, Religion, Publicity, and Commercials. He doesn’t say where his “conventional” categories come from, but for us, TV Guide’s evolving categorization of programming offered a fairly straight-forward mode of reading. In view of our interest in time, we calculated the general distribution of programming, according to contemporary TV Guide categories, in one issue from each decade, and constructed (admittedly rudimentary) charts to display our results. I say “fairly straight-forward” because even this is not entirely so. Throughout its decades-long run, TV Guide’s categorization of shows is inconsistent and incomplete: not every show gets a category. Upon cursory examination, it seems possible that categories were more often applied to less popular shows—or perhaps local ones—and left off for well-known shows, putting a premium on “culturally relevant” information rather than comprehensive detail. In the 2000s, the magazine has stopped providing genres at all except for movies, the genres for which are distinctly fewer in number. That being said, there are some interesting trends to note that we hope to explore through further analysis. As one example, the chart in the 1980s shows a dramatic uptick in comedies, a development we hypothesize owes to the expansion of cable and the concomitant increase of re-runs. Comedies, as serial shows, are perhaps the most easily syndicated, since they can continue to attract new audiences every week. But whether this is the cause or isn’t—a question still worth exploring—we can also ask how this distribution allows us to think about television’s structuring of time in this period. Thus, another way of thinking about the distribution of comedies is to calculate them in minutes: how long, with the aid of recording technology, one could spend watching all of the comedies on air in a given week. For 1998, this number—13,560 minutes—far exceeds the total number of minutes in a week, being 10,080. It’s an odd comparison, but striking nonetheless. As Televisual Time develops, we hope that distant reading will bring new insight to these kinds of qualitative questions and, in turn, to a different way of looking at television’s changing presence over time.

Tracy Stuber is a PhD student in Visual and Cultural Studies at the University of Rochester. She is a 2015-2017 Andrew W. Mellon Fellow in the Digital Humanities.