The William Blake Archive is a hypermedia archive featuring scholarly digital editions of the poems, prints, and paintings of William Blake (1757-1787).As one of the most prolific figures in classic English literary and visual studies, Blake is one of the few artists to grow and maintain both cultural and scholarly popularity into the present day. Since the advent of a Victorian-led Blake revival, Blake’s work has been countlessly anthologized and relentlessly studied. And as scholars perpetuate Blake’s intellectual legacy, auctioneers confirm his cultural relevance, with Blake works often selling for millions and setting records for British literature. 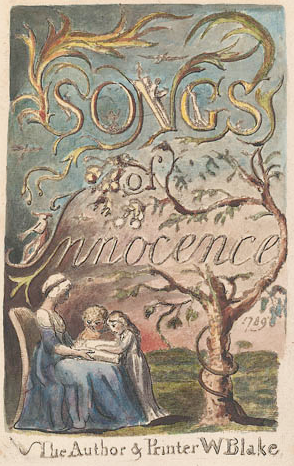 The Blake Archive was envisioned as a response to Blake’s sustained status, to provide scholars and the public with exceptional digital reproductions “that are more accurate in color, detail, and scale than the finest commercially published photomechanical reproductions and texts that are more faithful to Blake’s own than any collected edition has provided” (“Plan of the Archive“).

Since 1996, the Blake Archive has existed as a free site on the World Wide Web, setting historical benchmarks for digital editorial projects and contributing to the foundation of “Digital Humanities” as they are practiced today. In 2003, the Archive received the MLA’s Prize for a Distinguished Scholarly Edition, and in 2005 it received the MLA Committee on Scholarly Editions’ Approved Edition seal–both firsts for any digital editorial project. Currently, the Archive is undergoing a site-wide redesign–its first since the site’s public launch in 1996.

Current operations of the Blake Archive are, generally, split between partner institutions University of North Carolina at Chapel Hill and University of Rochester. Blake Archive North Division (BAND) at UR is an affiliated research project of the Mellon Graduate Program in Digital Humanities, exchanging training and support with current Mellon Fellows.

By Eric Loy
As Mellon Fellows, Eitan, Chris, Eric and I have been semi-strategically embedded into a few faculty research projects that feature strong digital characteristics. We’re there to assist and learn as much as possible.. more »